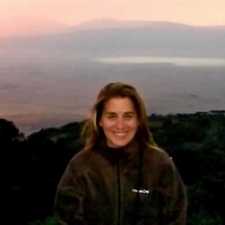 Liz Connolly was born in Philadelphia, PA and grew-up in its suburbs.  Her first opportunity to work with animals came as a volunteer position at the Philadelphia Zoo where she gained experience in the care of over thirty species.  She then moved to New England to attend Boston College where she earned her bachelor's degree in Biology.  As a student at BC, Liz competed nationally as a division one NCAA athlete on the varsity sailing team.  She also completed two internships at that time doing environmental field research.  Upon completion of her degree, she began her career in companion animal medicine mastering the roles in a small animal veterinary hospital from front desk to nursing to management.  In 2001, Liz began veterinary school at Tufts in North Grafton, MA.  She graduated with her Doctorate of Veterinary Medicine in 2005 and immediately began work.  In 2006 she met her future husband and they married in 2010.  She also gained two stepsons and an American Bulldog in the union.  She has spent the past 7 years working full time providing medicine, surgery and dentistry to cats, dogs, rabbits, ferrets and pocket pets and helping to improve the human-animal bond. 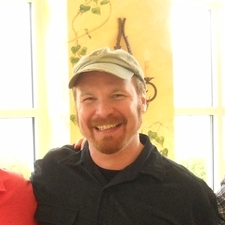 After college, he became a research support specialist with researchers at the State University of New York at Stony Brook. During this time he primarily assisted with research on the ecology of ticks and Lyme disease, sometimes collecting hundreds of ticks in a single day from the forests of Long Island for genetic analysis. He spent about 6 years in research before deciding to continue his education in veterinary school. During this time he also talked his wife, Dina, into adopting their first pet, an orange stray cat named Tigger. She later successfully lobbied for the acquisition of two more stray cats that needed homes.

In 2001, he left Long Island to attend veterinary school at Tufts; Dina and the cats would follow the following year. While in veterinary school he continued to work in research and received a summer fellowship to study the genetics of Lyme disease and other tick borne diseases. He graduated from Tufts in 2005 and began working full time within a month. Currently, Dr. Campbell also works part time as a laboratory animal veterinarian at UMASS Medical School where he helps to ensure proper medical treatment for animals that are used to help find cures for human disease. He lives in Worcester with his wife, 2 children, 2 cats, a guinea pig and a Beta fish. 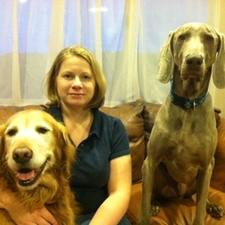 Kelley graduated from Becker College in 2001 with  her bachelor's degree in Veterinary Science.  She has worked in the veterinary field since 1998.  She has enjoyed working in different aspects of veterinary medicine including emergency/critical care, intensive care, private practice and a short time in wildlife care.  She enjoys working with cats, dogs and other small animals.  In her free time she likes spending time with her husband, children, extended family and friends. 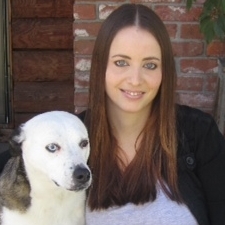 Robin's passion has always been for animals and in 2005 she was able to turn that passion into a career, as she became a veterinary technician.  She looks forward to the daily challenges and interactions that the world of pet health care presents, with a real focus on enhancing the human animal bond.  She takes pleasure in volunteering and fostering for local rescue organizations and has always enjoyed helping animals in any way she is able.

Robin currently resides in Uxbridge with her boyfriend, children, dogs, cats and chickens. In her time away from the hospital, you will be sure to find her fishing, canoeing, camping and spending time with her family. 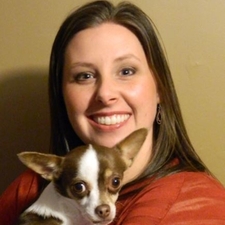 Toni received her Bachelor's of Science in Veterinary Science from Becker College in 2001. After college she went on to become a certified veterinary technician. During her career she has worked at a specialty feline hospital, mixed small animal practice, Becker College as a clinical instructor, Franklin Park Zoo and Angell Memorial Animal Hospital. Toni brings with her 19 plus years of experience. When not at work, Toni enjoys hiking, bike riding and spending time with her husband, two dogs and two cats. Toni is an advocate of adoption and encourages others to do the same, as all of her furry children have come from various rescue organizations. "Shelter animals deserve a second chance and a forever home." 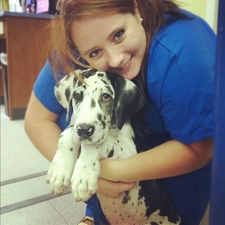 Nikki began her career with animals in 2007 working in a kennel for VCA. Over the course of six years with them she became proficient at all levels of veterinary support. She then spent time working as a veterinary technician in the emergency and critical care department at IVG Metrowest. She lives in Grafton with her husband, daughter, 3 dogs, 2 cats and a flock of chickens. In her spare time, when not with her family, she enjoys riding her horse Tyber.

Add a person's name or a headline here.

Give some background on this staff member, such as how long they've been in this field and what they love about their job. Also provide some personal info about hobbies, pets, family, and more.

Add some specialties or areas of interest.